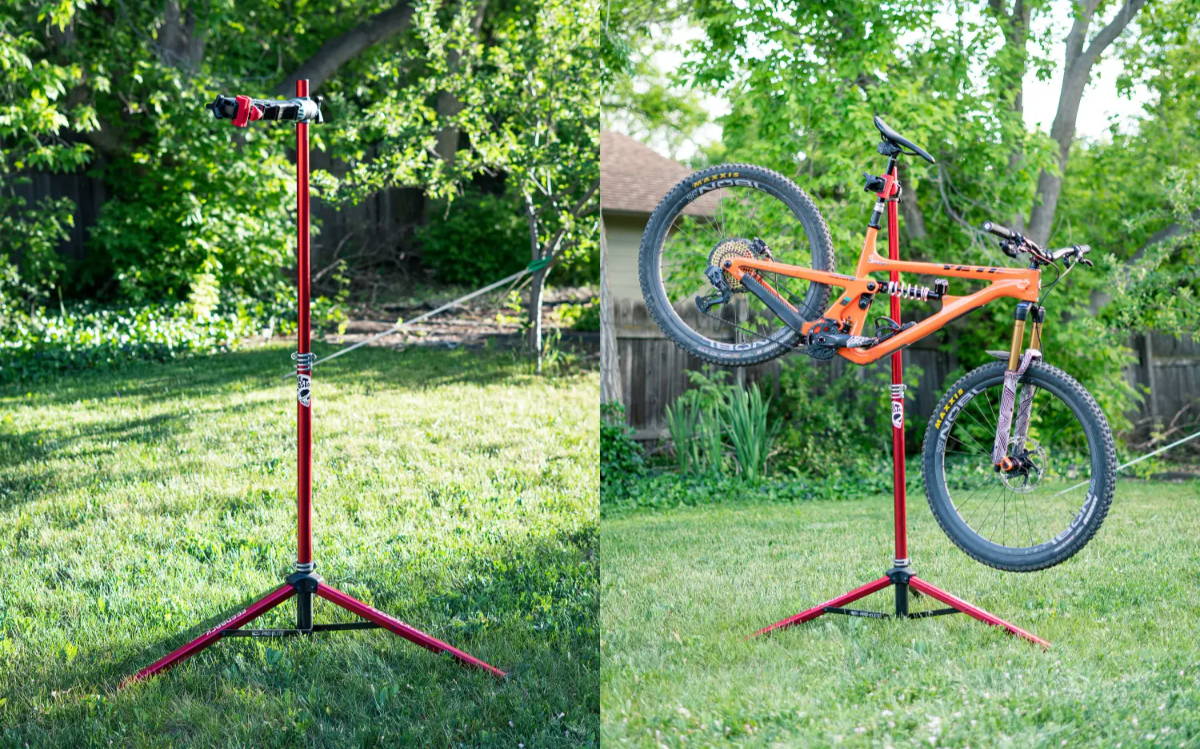 In my opinion, the bicycle repair stand is the most overlooked, essential piece of hardware every rider should own. Whether you work on your own bike or not, it is worth having around. I’ve been using this Portable Feedback Sports Repair Stand for almost a year now; read on for my long term review. 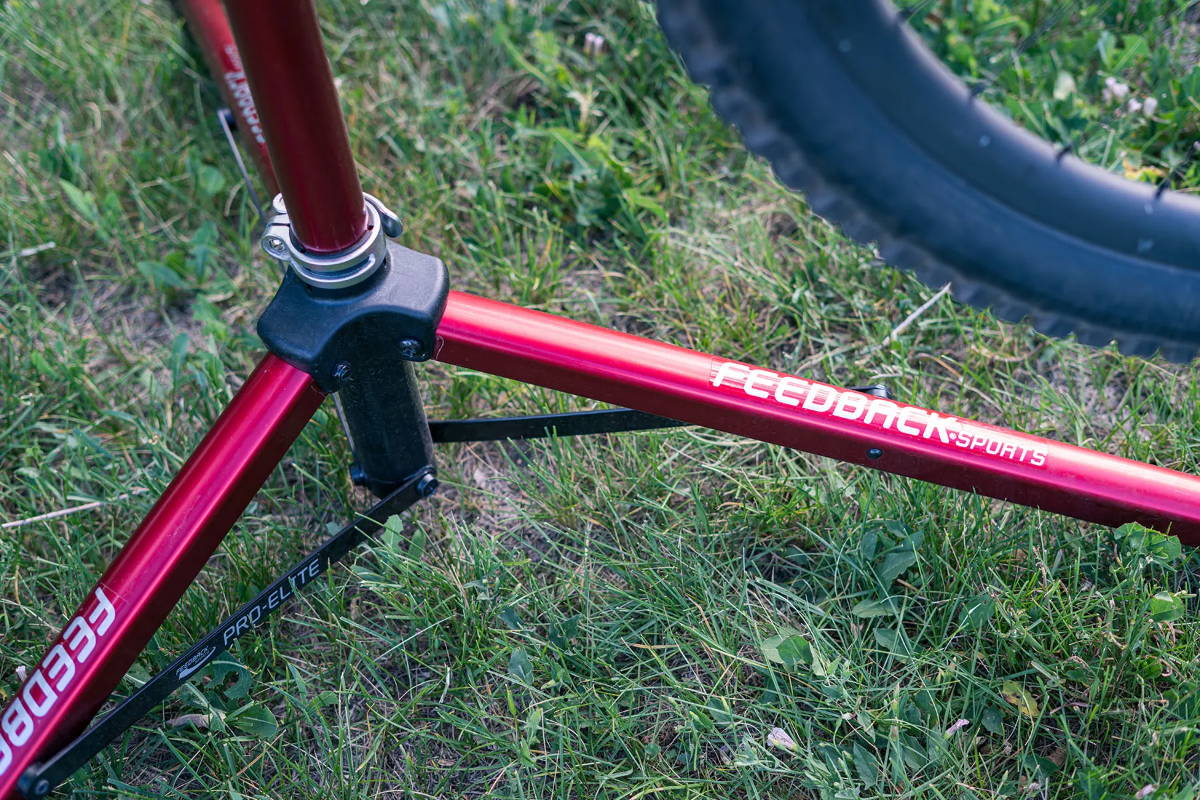 Feedback Sports makes a few repair stands. I chose this Pro-Elite model, which is almost the most expensive one at $270 USD. This particular version, features all tool-less adjustment, 3 leg base and quick release clamping hardware. Here are some quick and dirty numbers on the technical details:

You’ll notice at the base, there is a clamp mechanism to extend or retract the legs. The same clamp is towards the middle of the stand to extend the clamp post upwards as well. As far as unfolding, deploying, and adjusting the stand, those 2 clamps are all you need.

The overall construction and material selection is aimed at lightness with aluminum legs and posts. While the steel hardware reinforces the strength. Once you fully open the stand, you can tell the majority of the weight is in the clamp head. Which is reassuring, since that is the business end of the stand.

It is also worth noting, the entire clamping surface that touches your bike is a plastic material designed to not scratch or damage your seat post, frame, etc. It is also cupped in a way that you can cradle your frame inside without much clamping force, to service your dropper post if required.

Once you have opened up the stand, getting your bike locked in is pretty simple. But by looking at the clamping head, there are a few things going on, so reference this photo for my next few statements: 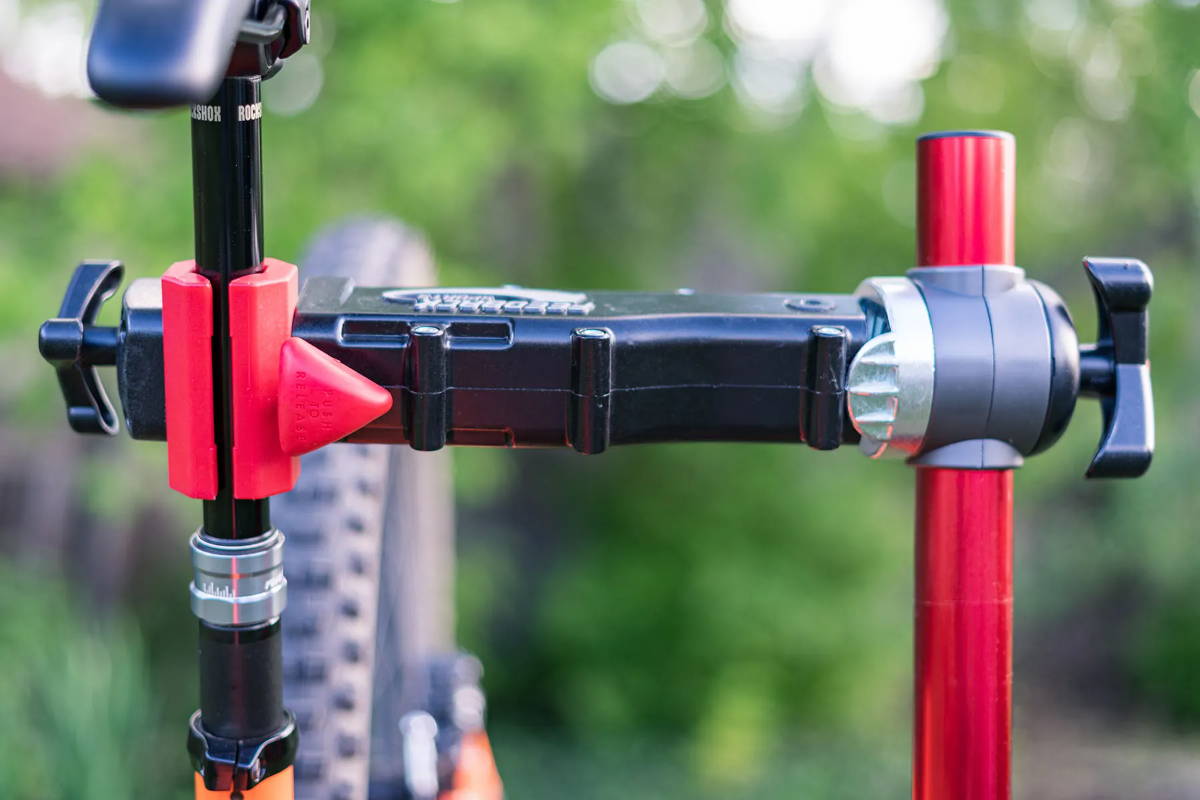 On the far right, is a black spindle which you loosen to relax the overall clamp assembly. This is how you relax or extend the assembly away from the red post. On the far left, is another spindle which now loosens or tightens the actual clamp around your bike. This Pro-Elite version, is the only one to feature the ratcheted quick release - Red Triangle. This was why I sprung for the more expensive version. So, instead of using the black spindle on the end to tighten the bike in throughout the whole range of extension, you can quickly set the clamp inward or outward using the quick release. Then use the black spindle for the final tightening down, as the quick release won’t provide the amount of force you need to keep the bike secure.

Getting the bike in and out of the stand takes maybe 10 seconds, for me, having gotten use to the quick release mechanism. In contrast, Park Tool stands have a similar design idea, but require you to “pre-load” the clamp. So, once you pull down the Park Tool handle, the clamp will either be too tight or too loose. Whereas with the Feedback Pro-Elite, you push on the outside of the clamp to ratchet it in place, then use the black knob for final pressure. This always ensures you get the bike secured right, the first time.

There were 2 reasons why I wanted the Feedback Sports brand over the rival Park Tool. As noted above, the clamping procedure is quicker and more accurate with Feedback Sports. Also, I prefer the 3 legged base design, so no matter where the bike is positioned, it is not in danger of toppling over since you can rotate the bike around the central post 360 degrees.

Okay, so why should you spend a couple hundred dollars on a repair stand? I used to think I didn’t need one. I used a floor stand, or propped by bike up against a wall for most work. But once you have a capable stand such as this, it makes it so easy to access every part of your bike. Just washing my bike, I’ll throw it in the stand. With the high clamping height, I can clean the bike at eye level, and save my back from bending over.

When it comes time to simple maintenance and repairs, a repair stand that allows for both wheels off of the ground is huge. I can strip the bike completely down, and keep the frame in position for re-assembly. The overall form factor and weight also makes it easy to take with you to the trail, should you need to perform any last minute adjustments before a ride.

Over the past year, I have only 1 negative thing to say. The silver clamp pictured below which holds the post vertically, did lose some of its strength and let the post slowly slide down while the bike was being held. These clamps can be re-tightened to fix this. But an observation if you have a heavier bike like mine in the stand. 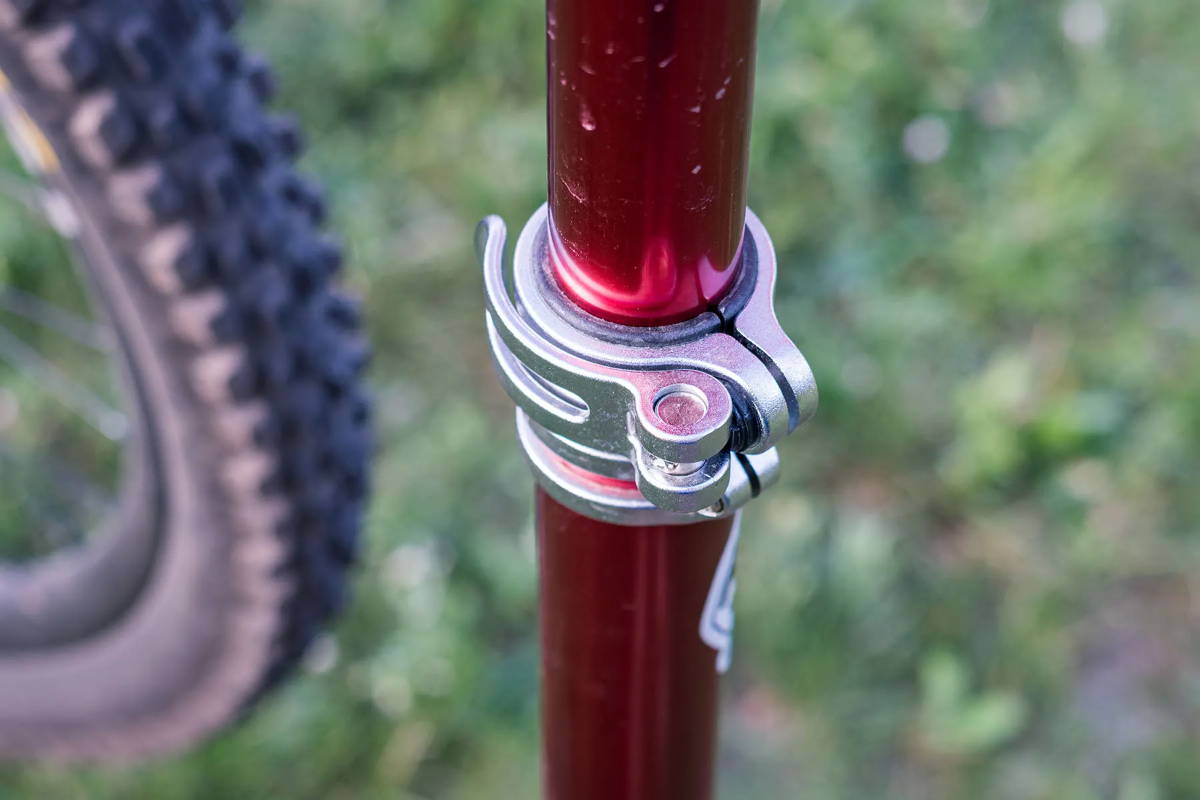 As you can tell, I like this stand. It was worth the cost to me, especially the first time I had to rebuild the headset. You’ll understand the frustration of headset or cockpit maintenance with any stand that requires the front wheel rest on the ground. Save yourself some grief, and invest in a stand that will work for all of your bikes, you won’t regret it. 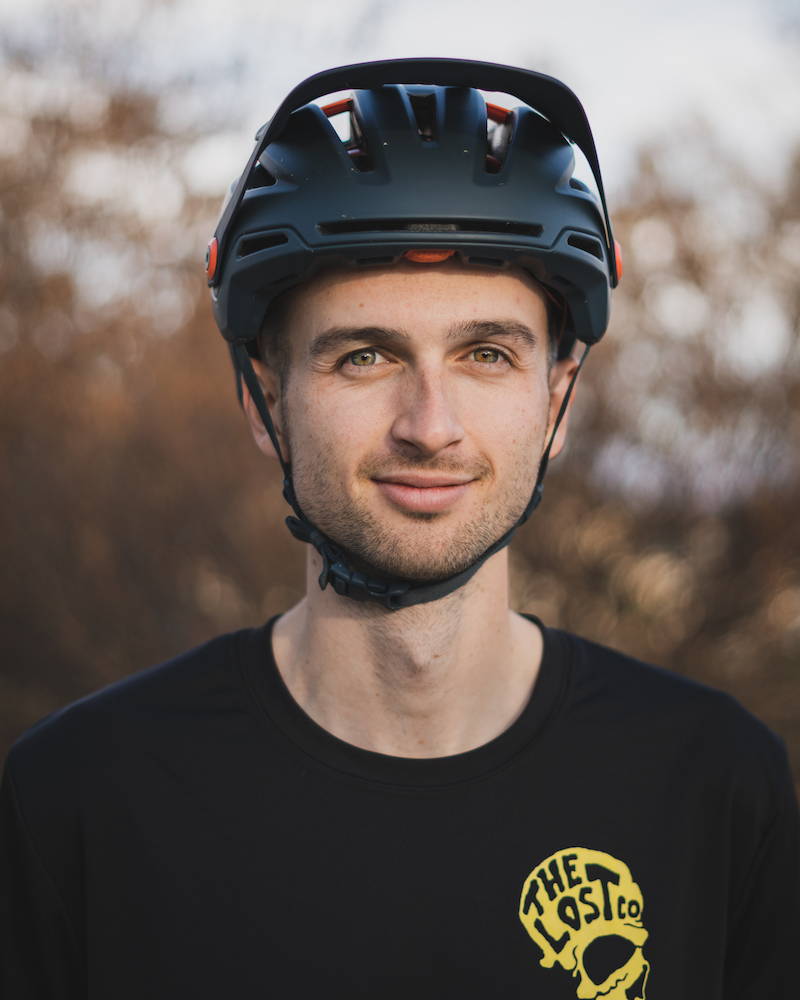 Current Bikes: 2019 Yeti SB150, also seeking an additional short travel companion.
Bike Size: Large
Favorite Trails: Hall Ranch, Trestle Bike Park, Free Lunch, CO. Hangover Trail, Sedona AZ.
About me: Been riding bikes my whole life. But feel I've only been a true Mountain Biker since 2012. Currently trying to take my bike wherever I can ride in conjunction with car road trips. Engaged, and living in Boulder with our 2 dogs.